You don’t want to miss this week’s legislative recap…

This week was such an important week at the legislature. While a lot of attention was focused on the DPS teacher strike, bills continued to move through the legislature. We’ll get you up to speed with this week’s legislative update!

Early Thursday morning, a deal was reached between DPS and DCTA which included an increase in base salary on a clear and transparent 20-step salary schedule, full cost of living increases in years two and three of the agreement. While this settlement is great news, we shouldn’t lose track of the fact that underfunding of schools and under-compensation of our teachers is a continuing Colorado crisis. Here’s a video to explain more. 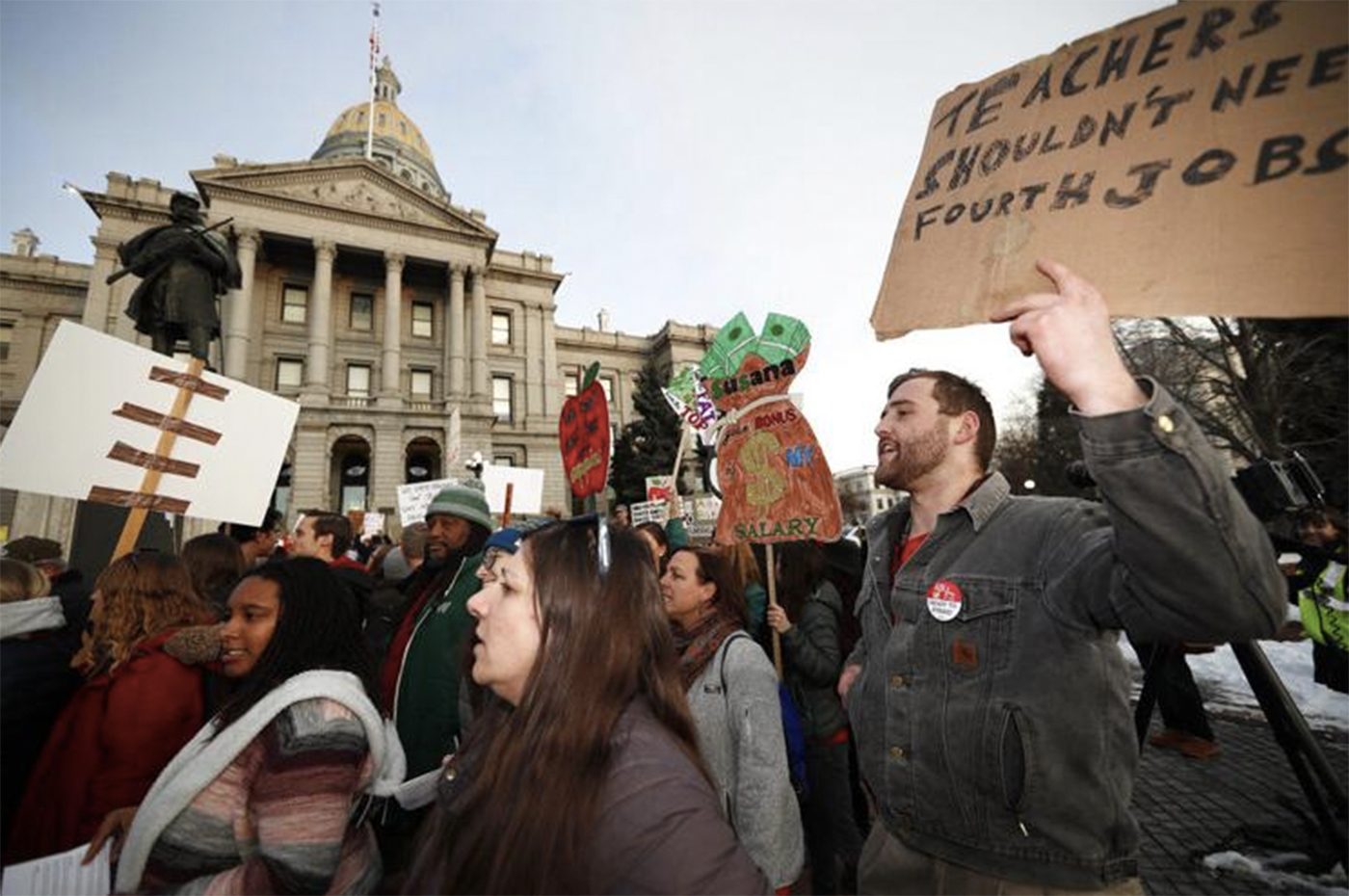 Late last week, the Joint Budget Committee put forward their supplemental bill, SB19-128, which adjusts the current year’s School Finance Act to account for actual (instead of predicted) student counts and local property tax revenue. Because there were less students than anticipated, less high-risk students than originally thought, and local property taxes brought in more revenue than expected, the JBC amended the budget for this year to reduce the amount of state funds dedicated to School Finance by $77 million.

As written, the bill would have actually reduced average per pupil funding. On Thursday, Representative Kipp passed an amendment to this bill through the House that maintains the per pupil funding level and restores $12 million to districts. Next week this amendment will go back to the Joint Budget Committee where legislators will decide whether to accept the bill with Rep. Kipp’s amendment, or whether the bill will go to conference.

Thank you to the House of Representatives!

A big thank you to the House of Representatives for standing up for public education funding this week! When Representative Kipp ran her amendment to the JBC’s supplemental bill to keep per pupil funding at the same rate and restore $12 million to school districts, the House stood behind her as they voted it in almost unanimously. Thank you to @Cathy_Kipp and our representatives for keeping our public school funding at the forefront of your priorities!

No Replies to "You don't want to miss this week's legislative recap..."

Got something to say? Cancel reply