EdWeek Per Pupil Spending Comparison: Dollars Above and Below National Average - See graphs

Note: The above stats are based on most current information available. Data are lagging indicators due to auditing.

Only Florida reports a higher proportion of novice teachers in the classroom (Education Week, October 2016). 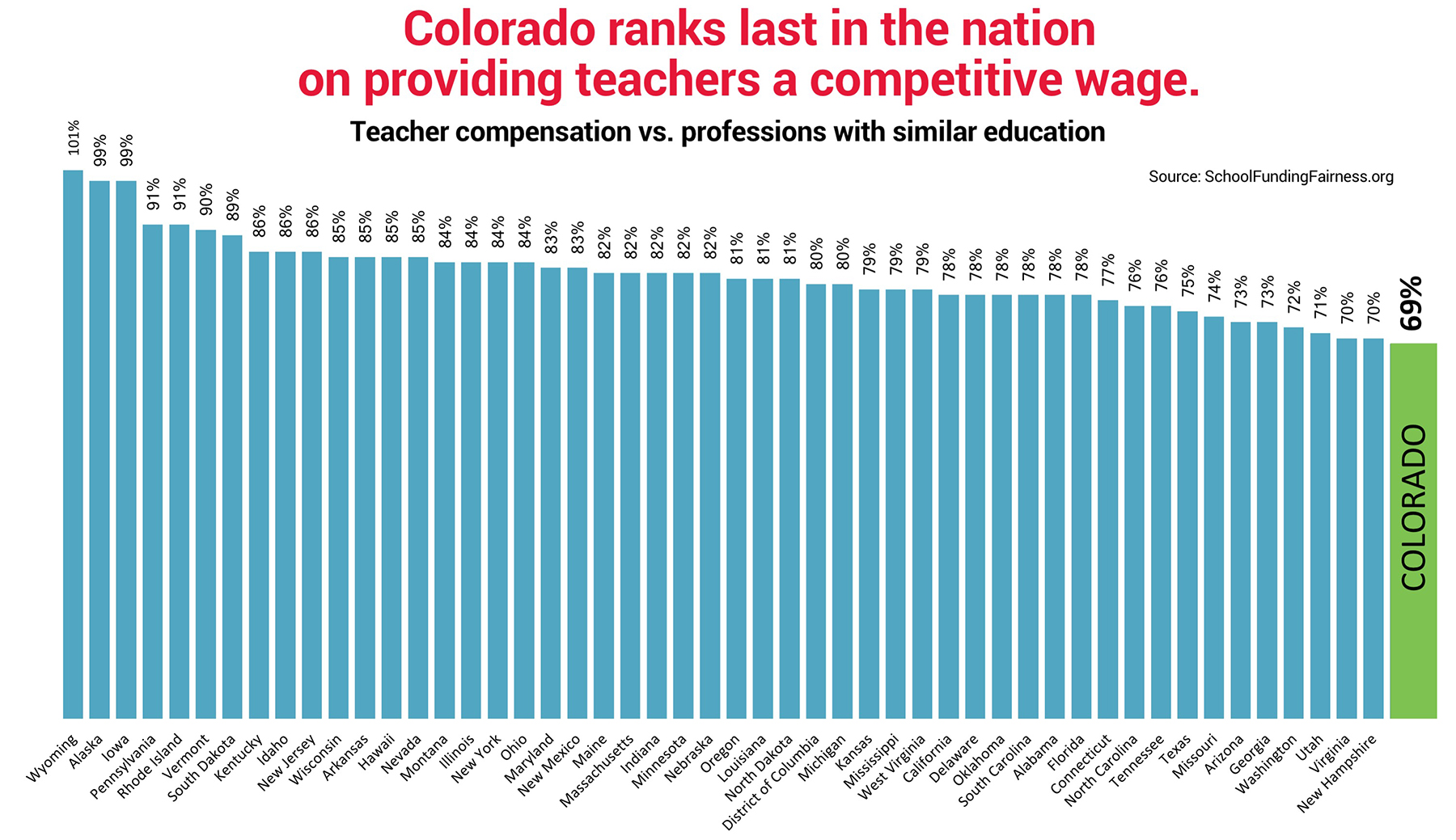 The Graph That Says It All 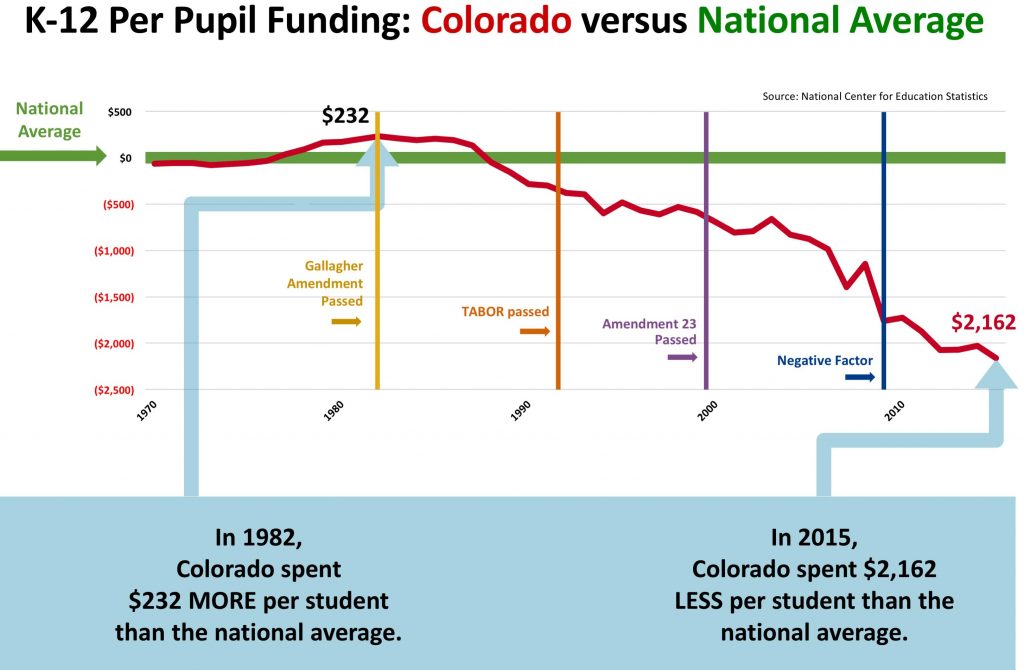 How did we get here? The downward trend started with the 1982 passage of the Gallagher Amendment and deepened after the 1992 passage of TABOR. Even with a slight increase following Amendment 23, Colorado continued dropping to new lows relative to the national average, as the legislature began addressing the mandatory minimum increases required by Amendment 23 as a ceiling, rather than a floor.

The national publication Education Week calculates that, when adjusted for regional cost differences, the true gap between per pupil funding in Colorado and the national average is closer to $2,500 per student.

In the 1980s, Colorado invested more per student than the national average, even during the energy bust. In 1982, Colorado voters passed the Gallagher Amendment (the vertical green line on the graph) – which started eroding the local property tax base by continually reducing the assessment rate (the percent of the value of a home that is taxed). From 1982-1992, school districts were able to somewhat stabilize local revenues by floating mill rates up.

In 1992, the voters passed TABOR (the vertical orange line), which took away the ability of districts to float their mill rates without a vote of the people and limited the state’s ability to backfill the hole left by declining property tax rates (because of a 6% spending limit imposed on spending from the State General Fund). The result: Colorado’s tangle of restrictive budget laws prevented the legislature from even keeping up with inflation in per pupil funding.

The good news is that in 2000, Colorado voters passed Amendment 23 to plug hemorrhaging P-12 budgets (the vertical purple line). Estimates indicate that if Colorado did not pass Amendment 23, average spending per student would have dipped down an additional $500-1,000. At the time it passed, Amendment 23 was intended to be a floor and not a ceiling.

The bad news is that since 2000, the legislature treated Amendment 23 as a ceiling. More bad news: Amendment 23’s annual mandated per pupil increase of the Consumer Price Index + 1% failed to keep up with the steeper inflation in the kinds of things that school districts buy like health care, pensions, and energy.

And the worst news is that, starting in 2009, the legislature reinterpreted Amendment 23 and established the Negative Factor—allowing deep cuts to schools. As a result of that reinterpretation, schools are currently being funded at a level of $831 million below what the proper interpretation of Amendment 23 requires.